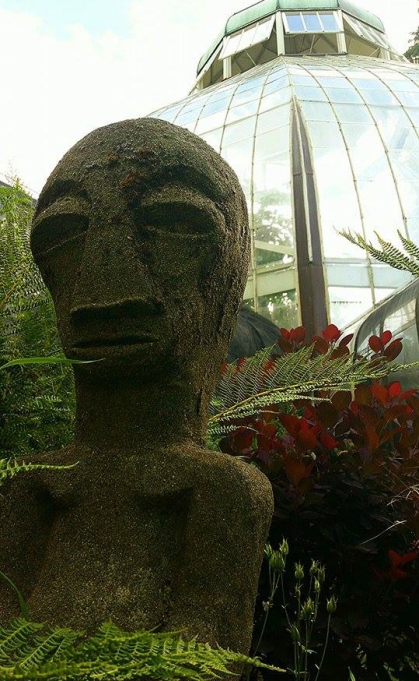 The Seymour Botanical Conservatory at Wright Park is one of Tacoma’s iconic landmarks – and now through October 12, 2014, it is the scene of a unique exhibition: “Ethnobotany: An Artists’ Study of Plants”.

Eleven featured artists in the Conservatory venture into the world of ethnobotany through recycled material, wood, textiles, glass, metal and ceramics. Ethnobotany is the study of the relationships that have existed between primitive cultures and plants across time and throughout the world. The plant kingdom supports human life as a source of food, medicine, textiles, shelter, transportation, and currency, as well as inspiration and ritual. In this show, modern artists explore ethnobotany through works that make often surprising connections between contemporary circumstance, art, science and our increasingly imperiled environment. 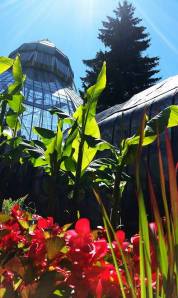 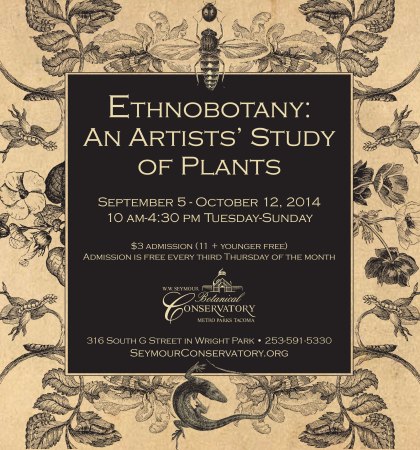